Unidentified odors are instantly detective commonly when entering bathrooms or kitchens, and typically, it is often coming from the drains. Some would run the disposal thinking perhaps left-over food was left in the drain if it is the kitchen sink and equipped with a ready garbage disposal. There are however other reasons as to why a drain can be left smelly. Today, we at The Original $49.95 Plumber would like to discuss the reasons and options to take care of smelly drains.

Sources of Sewer or Other Unpleasant Smell in Drains

Below are the most common culprits when you notice the developing odors in the drain.
Defective plumbing: If there are any missing traps or vents, leaks, and rotting drain tubes, the odors will seep from a bathroom or kitchen sink.
Sludge & bacteria: Gunky debris, soap residues, grease, food, and hair line the pipes causing sludge buildup. Even it doesn’t develop a clog, bacteria are attracted to these articles in the drain.
Plugged up vent pipes: When substances clog drains vents, water can start to pool in the sink. Due to the sluggish water movement, the stagnant odors become evident.
Sewer gases: If the P-traps are empty, sewer gases can rise from the drain. Sinks that are infrequently used are usually to blame.
Deodorizing: You need baking soda, near boiling water or white vinegar, rubber gloves, bucket, a hose, wrench, and a ladder to refresh a smelly drain. In some cases, there are ways to neutralize the odors, and combining them can be more effective.

1) With either vinegar or a pot of near boiling water, flush the drain by pouring it slowly. After letting it linger for 5 minutes or so, rinse the pipe with cold water to solidify any lingering gunk. Afterwards, flush the remaining pot of hot water or vinegar down the drain.
2) Clean out the P-trap. Be sure to wear rubber gloves and use the wrench to remove the curved portion of the plumbing beneath the sink. Empty any water and gunk from the trap, catching it in the bucket. Use the garden hose to rinse it out after taking the P-trap outside. Reassemble the plumbing before using the sink.
3) The drain vent needs cleaning. all drain vents in most homes that have a single opening on the roof. Once you climb up on the roof using a sturdy ladder, clear away any leaves or other debris clogging the drain vent.

By preventing the smelly drains with simple steps listed below, you can combat the unpleasant odors.
1) Once a week, flush the drain by pouring a gallon of near-boiling water down it.
2) Keep the P-trap full of water in rarely used sinks, by periodically running water down the drain to. Add mineral oil to slow evaporation.
3) Ensure to let the garbage disposal run for at least 20 seconds every time you dispose of food down the kitchen sink.

Finally, you can avoid clogs and odors with a professional drain cleaning. Contact The Original $49.95 Plumber and let us get your drains cleaned to eliminate the clogs and odors. 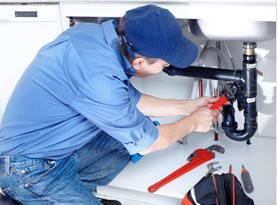 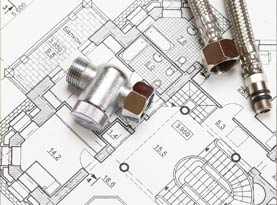 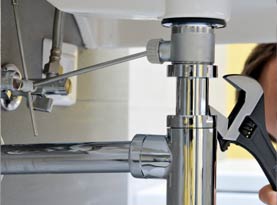 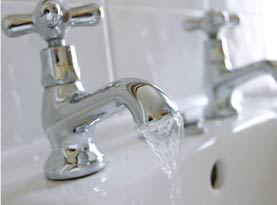